The Future of Mobile Connectivity: The Race for 5G

By: International Council on Trade & Development

You may be asking what is 5G? or I have 5G E on my phone don’t I already have 5G? Why is it important? Well the answer is no you don’t and to help grow the American economy. The fifth generation cellular network has produced an estimated 3 million jobs and 500 billion dollars in the U.S. economy. Imagine a world where you have access to the best surgency through AI, or you never have to wait for your internet to buffer. Imagine living in a “smart city” where everything connects and speaks to each other.

With the recent trade war, China and the U.S. are currently engaged in a high-stakes race to control 5G. Huawei has been at the center of controversy and caused increased tensions between the U.S. and China. Despite that almost no one in the United States can use this new faster wireless network, it’s already a political lightning rod. 5G is nowhere, and yet it’s everywhere in politics right now. This fifth-generation cellular network that promises exponentially faster wireless speeds is the focus of a lot of press, political maneuvering, and public interest.

We as Americans have decided that we want 5G. It’s new, trendy, and fun. It went well for a while until we decided to skip the first four lett ers of the alphabet and add an E. Which brings us to the question of, what the f@ck is 5G E?

In an attempt to steal the thunder from its competitors, AT&T launched its "5GE" designation in December 2018, which the carrier says is meant to let its customers know when they are in an area with 5G Evolution coverage. However, very few people in the US can use the wireless network yet. Other than commercially available via carriers such as Verizon and AT&T, which have already started beta testing of the 5G network. 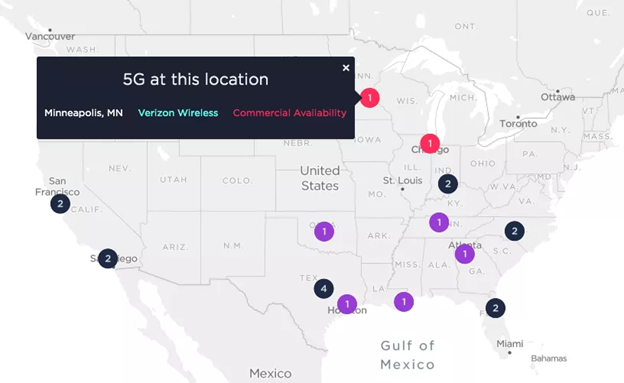 We will let Trevor Noah on his recent episode of his comedy central segment explain the game-changing implications of the high-speed wireless technology. In the below clip from his show “If You Don’t Know, Now You Know,” Noah jokingly says, “While America is developing its own 5G, China’s 5G is so far ahead. They’re basically going to set the trends. So, this is a race many people are already saying America has lost.” Noah detailed the advancement of 5G technology in the seven minute segment. (Video can be found here)

Leave this here it is to incorporate the video into the article:

Why do we want it?

Americans want 5G E because it the newest coolest thing on the market of technology, but it’s also unusable and unavailable in terms of it actually working. That's right, the icon is there, but it doesn't work. Hey, it still looks cool though and when it starts connecting, we will have a network quicker than ever before.

5G E gives you lightning speed loading of your Netflix, social media, and every app on your phone. The maximum for 5G speed is 20 Gb/s while 4G is 1 Gb/s, meaning 5G technology holds the capacity to be twenty times faster than 4G and 4G LTE. So, what does that mean for us? It means downloading more in less time. Before you roll your eyes to the back of your head with a yeah right mentality, try to remember when we had 3G then acquired 4G. Remember that shift? We need another one.

This is not an ordinary shift. It’s a new and exciting part of the technological revolution that is bound to make a footprint in the tech community. The new 5th Generation technology better known as 5G will add another spectrum to the Long Term Evolution (LTE) frequency, which will be buildable on top of 4G and 4G LTE. Change is good but what all will be changing?

Small changes with a BIG difference.

Some people may not agree that bigger is better. 4G and 4G E towers send data all over with less directional accuracy from tower to tower. This creates a huge waste of power, energy, and money while diminishing access to higher speed internet services. 5G is conceptually just a lot of small tweaks on everything we have ever known before and will use larger, more directional, exclusive frequencies to provide a safer, more reliable network. 5G will also provide us with the highest speed to download things from the internet to our phones along with the most bang for our buck. Who remembers antennas? With 5G, those will practically be gone due to the shorter wavelengths that 5G will supply, thus making a smarter, more user-friendly network that will truly make smartphones, tablets, laptops, and TV’s, the smartest they have ever been. So, when are we getting it?

When will we see it?

No shift this monumental happens in a day, unfortunately. Major tech companies will slowly rollout 5G bands, that will have the ability to run alongside 4G bands, to bigger cities, such as Los Angeles. The good news is, we will most likely see 5G on our phones and mobile devices first. If all goes as planned, most tech companies are hoping to have a full functioning 5G network within the next two years. We know where our progress lies, but where is our 5G progression compared to China’s?

Asia vs. The United States-Progress on 5G.

This type of new technology gives nations an upper hand to become top global leaders in innovation, because everyone wants it. There is only one first place, though, which has turned 5G into a newer version of the “space race”. Although America launched 5G before many Asian countries, they only rolled out about twelve units. South Korea introduced 5G technology at the end of 2018 as well leaving people with the belief that we, the U.S., might be possibly neck and neck with one of the most tech savvy countries in the world. But was it just a mind trick? South Korea and other asian nations are slow to roll out their 5G network which brings us to the question of; why exactly are we trying to stay one step in front of countries such as China and South Korea? Money of course.

Dollar Signs for a better economy.

The money that tech companies are putting into this tech race for the quickest, most efficient 5G network, they expect to make back and then some, a very large some, that is. On a global scale, 5G is projected to produce around twelve trillion dollars in economic output within the next fifteen years. Out of that, about four trillion dollars will be American owned by 2020, and will increase our GDP as a country by 4.9 percent. This new 5G network will also create an opportunity for every city in America to be a smart city. Meaning, connectivity to all things and all people. This has already started a good bit with public transport as well as public safety and surveillance services.

All in all, 5G is going to be the greatest thing the tech world has seen in a long time when everyone is able to see it. It is going to take investment, time, and patience, along with more testing and a mentality to make the world more efficient instead of winning the race. 5G definitely has the potential to change the world if we let it.